Best Bars to Wet your Whistle in Burlington, Vermont

In the city of Burlington, especially during the harsher winters, keeps itself lively through the many skilled businesses that thrive by serving the public. While for some this can be the retailers like Burton and the Outdoor Gear Exchange, some prefer the warmth of good food, drink, and conversation. Given Burlington’s age, there are many bars that offer this kind of atmosphere, either with friends, family, or on your own.

While there are many bars within Burlington, many of them have different venues and attractions that help to draw in all kinds of customers; some offer live music while others promise an authentic take at foreign cuisine. With that being said, this list is not a hierarchy but rather a guide for tourists and locals alike; it would be a difficult matter to break the bars down into a hierarchy simply because all of these bars deserve a good mention.

Ri Ra is an Irish pub that emulates the atmosphere of a true pub in Ireland and does so with care and grace; while the walls are lined with knick-knacks of all sorts related to the pub scene in Ireland, the tables will drag you in with a rustic yet familiar draw to them. The food menu is well thought out as well with items that will excite patrons with explorative taste pallets while offering more tried and true alternatives for others. However, it is their drinks menu that shines above the rest at Ri Ra, with whiskey offerings from across Ireland, America, and even a few options from other nations alongside local and traditional cocktails with a strong beer catalog to boot. Finally, Ri Ra is situated on Church Street, which makes it the perfect location for a resting place between shops or a destination for a pub crawl.

Nectar’s is the kind of bar that has a little bit of everything to offer its patrons; to live music and a long list of beers to choose from, Nectar’s is the place to be if you enjoy the noise. On top of that, the food menu offers all kinds of burgers and sandwiches alongside many different sides such as salads, wings, and even poutine. With that being said, the live music is always different with the musical soul of Burlington flowing through Nectar’s with an open form that is in their website; Burlington has many opportunities for people to immerse themselves and others in all kinds of fine arts. On top of that, Nectar’s is right on Main Street, which gives the bar a nice vantage point for locals and tourists alike.

The Archives is, for those not in the know, a barcade which is a bar that has been fused at the hip with an arcade; in other words, you can drink away a bad case of Pac-Man fever. The Archives has quite the long list of drinks as well with the biggest section being their Bottled & Canned drinks; they also have a fine backlog of cocktails and a refined list of wine and sake. However, there is not much to have as far as food is concerned at The Archives, being headed by only a simple cheese platter; but this is more than made up for through their arcade catalog. The catalog of games that they have is strong, ranging from classics such as Galaga and Pac-Man while including more modern arcade games like Mortal Kombat 2 and Street Fighter 2 which leads to an arcade that all ages and interests can enjoy. The Archives is also located on College Street, which is only one street north of Main Street.

The Windjammer and Upper Deck Pub

Vermont Pub & Brewery is one of those pubs that could easily be considered a restaurant due to the great food menu that they have. This menu features all kinds of burgers, sandwiches, traditional pub entrees, and even desserts and a kids menu for tourists and locals going out for a family dinner. With that being said, Vermont Pub & Brewery also has a small but robust Beer list which helps it live up to the Brewery part of its namesake. However, the food menu shrinks once the clock passes 10 PM, which may not be great for locals that work late nights and some tourists; the Vermont Pub & Brewery also has a few merchandise options ranging from apparel to books about breweries. Vermont Pub & Brewery is located on College Street and near St Paul Street, which is not that far of a walk from Church Street for those seeking a resting place more out of the way of the regular hustle and bustle of Church Street.

Sweetwaters is a bistro that has a little bit of everything to offer to their customers; akin to Vermont Pub & Brewery, Sweetwaters also offers desserts and a kids menu, that has its own desserts section. Sweetwaters also offers a wide variety of draft beers, including a hard seltzer and a pilsner; their bottled and canned options are also, while small, a strong lineup. On top of that, they also have a gluten-free menu with plenty of options, which may be a very attractive option for some tourists and locals. With that being said, Sweetwaters also offers gift card options, a club for getting deals, and an online reservation option, which are all big pluses for annual tourists and locals alike. Sweetwaters can also be reserved for private events, which is another benefit for locals looking for a party venue. Sweetwaters is located on Church Street as well, which makes it a defining element of Church Street’s and, by extension, Burlington’s bustling business atmosphere.

Vermont Comedy Club is, like its namesake suggests, a place to watch comics perform while having a drink or two during the show; their main draw is their comedians rather than the bar but it is a bar nonetheless. While their food menu is mostly appetizers and a small dessert menu, they offer a wide variety of cocktails and beer with a few wine options for those who may be interested. With that being said, they have all kinds of shows and the venue of comedians changes every week or so, which makes this a great place to go for locals and may be an interesting prospect for some tourists. Alongside this, they also offer merchandise, comedy classes, gift certificates, and open mic nights that are open to all that want to apply, which is always great for locals wanting to have fun and let loose.

If there is a bar that you think should have made the list, be sure to send us an email at info@bestofbvt.com to let us know.

You might also enjoy some of the articles below.
- Best Restaurants in Burlington
- Bistro de Margot Restaurant Review 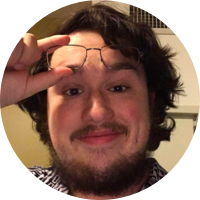